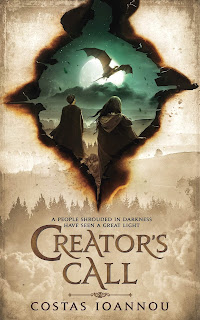 Eighteen-year-old Edward has been raised with tales of distant lands where dragons and other strange beasts dwell. He dreams of one day joining the Keepers, who fight against them to keep the land safe; however, life’s obstacles keep him firmly rooted in the small town of Cadestone.
When seventeen-year-old June comes passing through, following a dream given to her by the Creator of the universe, Edward’s life is about to change. Pursued by a demon-possessed man, the two of them are forced to flee to areas where dragons and monsters are not just tales but reality.
June and Edward eventually discover what the demons want from them. Is it possible to defeat this evil and save everyone from the darkness that threatens their lands?

Purchase at: Amazon.Excerpt:The familiar metallic taste of blood and dirt mingled in Edward’s mouth as he hit the ground. He winced in pain, then spat the distasteful mixture and wiped his lips. Naman had been a little too rough with him this time. For an older man, his trainer could still fight better than most soldiers. Edward brushed the dust from his arms and knees as he rose, pulling a twig out of his curly brown hair. He tucked his dragon-tooth necklace into his shirt and took a step forward, his body aching beneath tattered clothes. Gazing down, he noticed a speck of blood dotting the material above his left knee.
“Hurry up, lad. Let’s get on with it,” Naman yelled, swinging his wooden sword in a figure-eight pattern, as if trying to loosen his arm.
Edward peered around for his own practice sword and picked it up, dragging the tip on the soft dirt, leaving a wavy line behind it. He gripped the wooden hilt tighter, lifting his weapon up in front of him, his lips curling upward.
“What are you grinning at, boy?” Naman barked.
“I almost had you that last time.”
Naman’s lips tightened. “Almost? If I were a varnack, you’d be dead.”
Edward nodded, preparing to attack, but then hesitated. It would be dark soon. “I think I’m done for today.”
Naman scrunched his eyebrows. “You’re done when I say you’re done.”
“I need to get to work,” Edward protested. “Bron will have me fired if I’m late again.”
“Pffft, Bron.” Naman spat out the words. “Why you insist on going back to that fat tavern owner, I’ll never know. Just quit and head south already.”
“You know I can’t.”
“You can. You just choose not to.” Naman sighed and tossed his sword under a tree. “Come inside before you go. I have something to give you.” He strode toward the house without waiting for a response, his muscular arms swinging with each step. 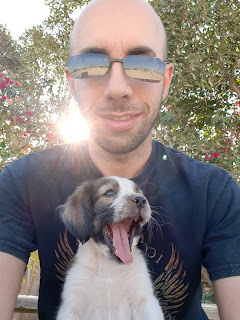 Costas Ioannou lives in Cyprus, with his wife and two daughters. He enjoys horse riding, and spending time with his family. Above all however, he is a follower of Jesus Christ and does his best to glorify God through his daily life and writing.

Author Interview:
Q: What was the inspiration behind Creator’s Call?

Costas: Over the years that I have been a Christian, God has taught me much and given me insight and understanding of His ways as described in the scriptures. I wanted to share these things with others through a fantasy adventure. I have always been fascinated with dragons and other elements of fantasy and this was a way of combining the two. I want everything I do to glorify God and so writing Creator’s Call was a perfect opportunity to do this. I hope that the readers of this novel will be strengthened and encouraged in their walk with Christ as well as entertained.

Q: How long did it take you to write this novel?

Costas: Creator’s Call took me about two and a half years from start to finish. This is due to two main factors: lack of experience, and health issues with my hands and voice that made writing difficult. God however used this time to help me improve in my writing, which made the end result that much better.

Q: Do you have a favorite quote from this novel?

Costas: I’m not sure I do, however this quote from the character David in chapter 9 is one that I like:

“The greatest calling anyone could ever have is to love. To love the Creator with all that we are and to love those around us. If you do nothing else with your life except follow these two things, you would have lived a worthy life.”

Q: What do you hope readers take away from Creator’s Call?

Costas: There are many messages within Creator’s Call. Some people after reading it have told me that forgiveness stood out to them. Another person told me that love was a dominant message and another that it was our need for God. My prayer is that the Holy Spirit will highlight the right message for each person.

Q: Would you share something about yourself that most readers would not know?

Costas: For a very long time before writing this book I had read no other books except my Bible. It was only after deciding to write Creators Call that I decided to start reading fantasy again in order to familiarize myself once again with the genre.

Q:What are you reading now?

Costas: Right now I am reading a book titled Shepherding Your child’s heart by Tedd Tripp. I am also listening to an audiobook called Skyward by Brandon Sanderson. It also goes without saying that I am reading the Bible.

Q: How many bookcases are in your home?

Costas: We have several shelves filled with books, but nothing too crazy.

Q: What do you like to do when you are not writing?

Costas: Prayer and spending time with God is a priority which fuels all my other activities. I enjoy spending time with my wife and daughters as well as horse riding. I encourage friends in their walk with God and also do YouTube videos. Between work and all of that, there isn’t much time left.