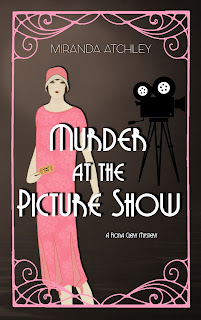 On an autumn evening in New York City, amateur sleuth Fiona Clery and her partner Max Gillespie attend the picture house for the premiere of a silent film shot in their city. The night is filled with excitement and glamor…until the star of the film, Sylvie Boscombe, is murdered. Unable to sit back with a killer on the loose, Fiona pursues the case, leading her across the city, from opulent neighborhoods, to film sets, to the underground speakeasies Sylvie frequented. When a man she believes to be innocent is arrested for the murder, Fiona’s search becomes all the more urgent. Can she solve the case before it’s too late?

Meanwhile, Max gets a shocking surprise about his past that could offer answers to questions he has long held. And Fiona makes a discovery regarding her missing sister that could blow the case wide open.

BUY MURDER AT THE PICTURE SHOW 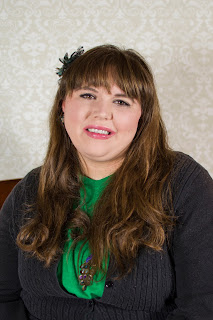 Miranda Atchley is a history enthusiast and complete bookworm whose passion for books and times gone by have compelled her to write several novels, one of which was a finalist for an indie writing award. When not writing at her home in Arkansas’s Ouachita Mountains, Miranda loves getting lost in a good book, spending time with her dogs, watching period dramas, and learning about her favorite period in time, the 1920s. Visit her blog at: mirandaatchley.blogspot.com

One winner will receive a Kindle download of Murder at the Picture Show. Must be 18 or older to enter.